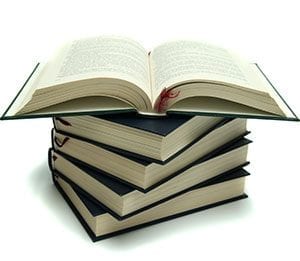 One of the important criteria for a Legionella control measure is that it be evidence-based — meaning there is scientific evidence the measure will likely be effective in minimizing Legionella.

Two keys to success in selecting “evidence-based” Legionella control measures are to (a) determine the best source of data (“evidence”) for a particular measure and (b) correctly obtain and interpret the data.

Determining the best source of evidence

The best source of evidence for the principle on which a Legionella control measure is based may be one or more scientific studies, but the best source of evidence for the specific application of the principle is usually from the building where the measure is applied. Put more simply, scientific studies of several building water systems are often needed to establish broad principles, but for a given building, the best evidence for specific applications is from that building.

The distinction is important. Insisting on scientific studies to support every specific procedure could result in missed opportunities to prevent Legionnaires’ disease. It could also lead to the wrong answer because of differences between your building and the ones studied.

Consider flushing as an example. Let’s say one of the members of your water management team suggests ensuring all faucets are used for at least two minutes every week. Other team members agree that scientific studies show stagnation in domestic water (plumbing) systems promotes Legionella growth but refuse to implement the flushing procedures until published studies show exactly how often and long to flush each faucet.

Such studies will probably never be conducted – and shouldn’t – because it would be almost impossible to get reliable data. With so many variables, and differences from one building and water system to another, conclusions drawn from a study on flushing frequency and duration may not apply to your building. You could actually end up flushing too much or too little.

Thus there’s a point at which the best source of data (evidence) transfers from scientific studies of other buildings to your building. In the flushing example, the best data for determining whether you are flushing often or long enough, or whether flushing is worth the effort at all, will be the Legionella test results for the building in question. You need to know what will be effective in your building, not another.

There’s nothing wrong with questioning a frequency, duration, chemical concentration, or other detail. If you decide to implement a control measure but change the recommended frequency from once a week to once a month or twice a week, that’s fine, particularly if you are testing (properly) for Legionella to validate your decisions. But refusing to implement the control measure altogether until a scientific study tells you exactly how often, how long, and how much could be a decision that’s difficult to defend if someone gets Legionnaires’ disease from your water system — especially if you are not testing for Legionella to validate your program. You wouldn’t recommend that a loved one continue smoking until scientific studies determine exactly how many cigarettes a day will result in cancer.

In general, then, look to studies for principles but to your building-specific data for the details.

If you rely on a scientific study, you must correctly apply the data generated in that study to make good decisions. Don’t just read the conclusions drawn by the authors. Some researchers draw conclusions that are too broad based on the data. Read through the methods the researchers used for generating the data, look at the data carefully, and then draw your own conclusions before reading the authors.’ Incorrectly interpreting the evidence generated by a study is no better than having no study to cite.

If you rely on Legionella test results to validate your water management plan, then collect and apply the data properly (Click here for the training program, “Sampling Water Systems to Validate Legionella Control”). Sample often enough. Collect enough samples each round. Choose the right sample locations and sample types. Collect samples properly. Record data thoroughly. Have the samples tested by a highly qualified laboratory with acceptable reporting limits and speciation? And, interpret the results correctly.

Do you think this is a reasonable approach? If not, what criteria do you use for ensuring Legionella control measures are evidence-based? Please comment below.