The Role of HPC in Water Management Programs 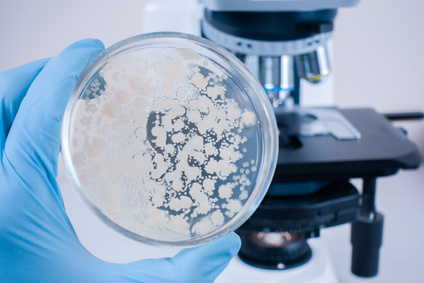 The World Health Organization (WHO) defines “heterotrophs” as micro-organisms that require organic carbon for growth and Heterotrophic Plate Count (HPC) as colony counts using a simple, culture test on an organic carbon medium (WHO 2017). The bacteria population recovered in HPC tests can vary widely with temperatures, incubation times, nutrients, and methods used by the laboratory.

People are exposed to HPC bacteria much more from food than from water (WHO 2003). Tens of thousands of colony-forming units (CFUs) per gram or milliliter have been found in dairy, meat, and vegetable products (Reynolds 2002).

After two days in Geneva in April 2002, a group of public health experts and microbiologists convened by WHO and NSF International to discuss the role of HPC in managing water systems reached a consensus that,

“There is no evidence, either from epidemiological studies or from correlation with the occurrence of waterborne pathogens, that HPC values alone directly relate to health risk” (WHO 2003).

The basis for the WHO group’s conclusion is simply that disease is caused only by pathogens, not by harmless bacteria:

“There is no evidence for a health effects link in the absence of pathogen contamination” (WHO 2003).

Although most disease-causing (pathogenic) bacteria are heterotrophic, typical HPC tests will not detect pathogens because special media and techniques are needed to grow those organisms:

“There are opportunistic pathogens that may regrow in water but that is not detected in HPC measurements, including strains of Legionella and nontuberculous mycobacteria. …There is no evidence that HPC levels per se, as measured by established procedures, have a direct relationship to… organisms such as legionellae, Pseudomonas aeruginosa, and non-tuberculous mycobacteria” (WHO 2003).

Some studies have suggested high levels of harmless HPC bacteria can actually protect humans by out competing pathogens (Camper 1985). A University of Arizona study showed that HPC bacteria were antagonistic to pathogenic strains of Salmonella and E. Coli, reducing counts of pathogens added to water by more than 10-fold in one day and 10,000-fold in two days. Payment’s studies showed that faucet filters reduced gastrointestinal illness by up to 40% despite increasing HPC counts (Payment 1991; Payment 1997). Donahue found that Legionella pneumophila positivity was higher in water with HPC concentrations ranging from 101–1000 CFU/mL than in water with HPC exceeding 1001 CFU/mL ((Donahue 2021).

The role of HPC in water management programs (WMPs)

Although HPC has not been found to correlate directly with pathogens, it can be used to assess conditions (e.g., stagnation, disinfection) that affect microbial growth in a building water system (AWWA 2020, Donahue 2021).

The maximum level of HPC allowed in US public water systems without filtration is 500 CFU/mL (per the US EPA Safe Drinking Water Act), but a maximum HPC level in building plumbing (potable) systems has not been defined.

For the type of water management program (WMP) outlined in ANSI/ASHRAE Standard 188 and the Centers for Disease Control and Prevention (CDC) toolkit (CDC 2017)—and required for hospitals and nursing homes that receive reimbursements from the Centers for Medicare & Medicaid Services (CMS)—tests are generally performed for one of two purposes:

The distinction between validation tests and control measure performance tests is important in determining the role of HPC in a WMP.

Studies have shown no direct or consistent correlation between HPC results and Legionella in domestic hot or cold water systems. Within biofilms, however, van der Kooij found Legionella colony count correlated significantly with HPC as well as with the total cell count (TCC) and adenosine triphosphate (ATP) concentration (van der Kooij 2017). Donahue’s data showed that Legionella and Mycobacterium species were found more often in water samples with high HPC (Donahue 2019). Selvaratnam did not find a significant correlation between HPC and Legionella, mycobacteria, or Pseudomonas (Selvaratnam 2018).

Although there is not enough evidence to assume pathogen control based solely on negative or low HPC tests, comparing HPC and pathogen test results for a given facility’s domestic water system could provide useful information. For example, seeing a consistent correlation could allow a facility to make use of HPC test results between Legionella sampling rounds.

WHO points out that HPC tests can indicate stagnation, inadequate temperatures, or low disinfectant levels in domestic water systems but other tests (e.g., temperature; chlorine) will likely be more useful for control measure monitoring.

Data studied by Dr. Richard Miller of the University of Louisville (Miller 2002) have shown HPC to be a good indirect indicator of Legionella in whirlpool spas. Although Legionella tests will provide more direct and reliable feedback on Legionella concentrations in whirlpool spas, HPC tests could be used as an additional (and perhaps more frequent) validation test. ASHRAE Guideline 12-2020 (section 7.4.1) and ASHRAE Standard 188 (section 7.3.5.1) recommend a maximum HPC level of 200 CFU/mL in spas.

Although they are not an appropriate validation method for Legionella in cooling towers, HPC tests may be required by regulations (e.g., in New York) and have been recommended for monitoring cooling tower treatment (CTI 2008; WHO 2007).

How do you use HPC in your water management program? Please comment below.

AWWA. 2020. Responding to Water Stagnation in Buildings with Reduced or No Water Use. American Water Works Association.

Donohue M. 2021. Quantification of Legionella pneumophila by qPCR and culture in tap water with different concentrations of residual disinfectants and heterotrophic bacteria. Science of The Total Environment 774, 145142.

Selvaratnam S, Coughlin M, Sotkiewicz E. 2018. Practical Recommendations for Meeting the Objectives of the CMS Memorandum. Presented at the annual convention of the Association of Water Technologies.