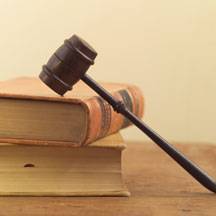 Legionnaires’-related lawsuits are not uncommon, in part because the disease is entirely environmental — it isn’t contracted from another person but by exposure to Legionella bacteria transmitted from water in plumbing systems, cooling towers, whirlpool spas, and decorative fountains.

When operators of hospitals, nursing homes, apartment buildings, and hotels have been sued because of Legionnaires’ disease allegedly associated with their building, they have relied on their insurance coverage to pay the settlement (or, in rare instances, the jury verdict) — which can run in the millions — as well as fees and expenses for attorneys and experts. In recent years, though, some insurance companies have attempted to deny coverage based on policy exclusions for pollution or bacteria.

In October, a Florida court decided whether an insurer would have to cover a claim related to Legionnaires’ disease despite such policy exclusions.

The underlying lawsuits alleged that three individuals contracted Legionnaires’ disease at a Quality Suites in Florida from exposure to Legionella bacteria transmitted from the hotel’s outdoor whirlpool spa. Westport Insurance, the hotel’s general liability insurer, sought a court judgment to preclude coverage based on its policy’s pollution and fungi/bacteria exclusions.

Regarding the pollution exclusion, the courts ruled in favor of VN Hotels, concluding that bacteria are not a “pollutant” for the purposes of the policy.

(a) The policy’s exclusion applied to fungi or bacteria on or within a building or structure. The courts concluded that the outdoor spa was not part of the hotel’s structure.

What does the Florida court decision mean for building operators?  I’m not an attorney or an insurance expert, and am not providing legal advice, but logic leads to two predictions:

First, if a liability policy is similar to VN Hotels’, then it will likely cover a Legionella claim. A claim associated with a plumbing system would be covered because the water is intended for consumption and is within the building. A claim associated with a cooling tower, outdoor decorative fountain, or outdoor whirlpool spa would be covered because they are not within the building. Also, most of these devices are filled with water from the municipal supply.

Second, because of the Florida ruling, insurance companies might change the wording of liability policies to exclude Legionella specifically, or require measures to reduce Legionella in water systems at insured properties.

Legionnaires’ disease can devastate organizations even when the insurance company pays for the lawsuit. Bad press and word-of-mouth results in lost revenue — some hotels have shut down permanently following an outbreak. For employees, testifying in depositions and complying with requests for documents is time consuming and emotionally draining. Therefore, the best “insurance” is to prevent illness by implementing control measures that minimize Legionella bacteria in the building water systems. If no one gets infected with Legionella bacteria while in your building, you won’t have to face a Legionnaires’ related lawsuit at all.

For more information about the Florida court decision, see
http://www.jdsupra.com/legalnews/eleventh-circuit-affirms-duty-to-defend-53386/.